Supplying PPEs from CERN to the local community: a carefully coordinated supply chain 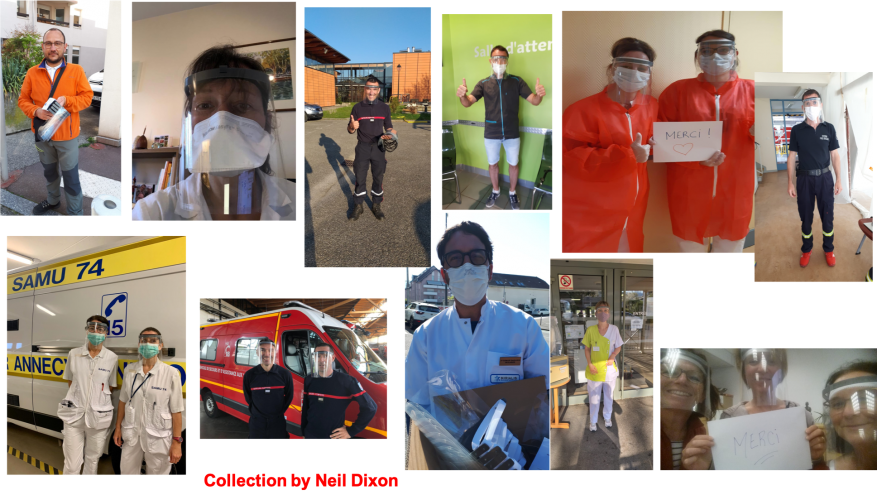 CERN’s production of protective visors and sanitizer gel is a great success in the local region. Originating in the Experimental Physics department’s detector technology group, production of visors began at a rate of 54 per day, and has ramped up to over 200 per day, with new production lines coming on stream. Over 1600 visors have so far been produced and distributed free of charge to those in need of them. CERN has based the design and manufacture of the visor on applicable standards for this kind of device and has requested its Host States, Switzerland and France, to endorse the initiative. The production of sanitiser gel in the Technology Department’s laboratories has been equally successful.

Success breeds success, as the saying goes, but it also brings challenges. As CERN’s donations have become known in the region, and as Switzerland prepares to start relaxing the lockdown, demand has risen, while supply of basic ingredients has proven challenging. The CERN stores and logistics services are replenishing, transporting and distributing materials for the visor initiative and gel production. All export customs formalities are also efficiently carried out for the donations. In some cases, local businesses have stepped in with the donation of 1.4km of elastic and 50kg of PET for the effort: a real example of the community coming together for the greater good.

On the demand side, the CERN against COVID-19 task force is receiving requests not only from the health care section, but also from businesses preparing to re-open, and wishing to do so responsibly. There is a streamlined procedure for these requests. Requestors in France should approach the sub-prefecture in Gex, while those in Geneva should go to the Service of the Cantonal Doctor or the Service of the Cantonal Pharmacist, and those in Vaud to the Canton’s General Directorate for Health. All deliveries are being made from CERN to these entities, and distribution handled by them.